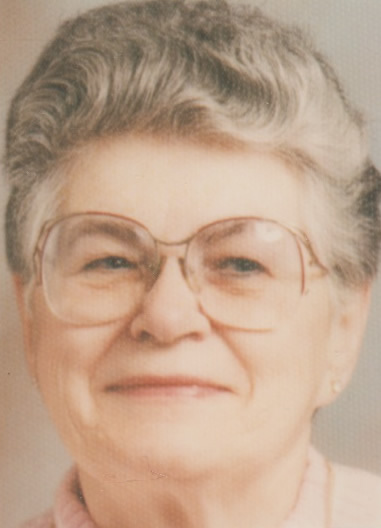 She moved to Henniker at the age of eleven and resided there the remainder of her life. She graduated from Cogswell Memorial High School.

During her lifetime she worked at Sylvania in Hillsboro and the Property Appraisal Division of the State Department of Revenue. She also worked as a waitress and hostess at the former Landmark Restaurant and the Corner View Restaurant.  She served as Secretary to the Henniker Planning Board, and The Henniker Cemetery Association. She was president of the Henniker Historical Society for several terms.

She enjoyed traveling, having visited Greece and Alaska and many points of interest in the United States. Gardening indoors and outdoors was her recreation. She enjoyed having her family around her. They were very important to her.

Donations may be made in her name to the Henniker Historical Society, P.O. Box 674 Henniker, NH 03242.