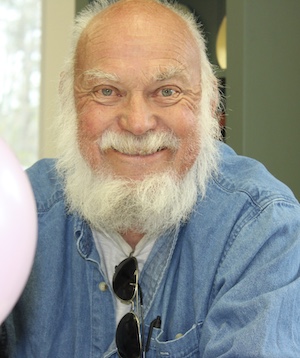 ANTRIM, NH:  Allen Young, 75, of Antrim, New Hampshire passed away peacefully on May 10, 2022 surrounded by his family at Dartmouth Hitchcock in Lebanon, NH.  He was born April 9, 1947 in Nashua, New Hampshire to Leon and Dorothy (Holt) Young.

Allen grew up on a dairy farm in Greenfield, NH and attended Wilton High School. Allen met his wife Jill in 1981 and they later got married in March of 1997. Allen worked many years as a heavy equipment operator at Harris Construction and for the town of Hancock.  Most recently, Allen worked for the Quinn Brothers in Wilton, NH operating the loader in the sand pit.

He enjoyed trains, taking pictures, attending tractor shows, ice cream, and most importantly he had a love for Christmas like no other.

Allen is predeceased by his parents, Leon and Dorothy Young, his sister, Marguerite “Peg” and his grandson, Matthias. He is survived by his wife, Jill Young; his daughter, Vanessa Armstrong and her daughter, McKenzie; his son, James Ferry (Elisha) and his daughter, Alexeigh, his daughter, Katharine Thorpe and her children, Joseph, Allison, and Hunter, and his son, Marshall Ferry (Melanie) and their children, Kylan, Sienna, and Wyatt.  He is also survived by many great-grandchildren.

Allen’s greatest joy was spending time with his family. Allen will be remembered for his photogenic smile, his ability to talk to anyone and the love he had for his family.

A service will be held on Saturday, June 4, 2022 at the Bennington Congregational Church at 1 pm.