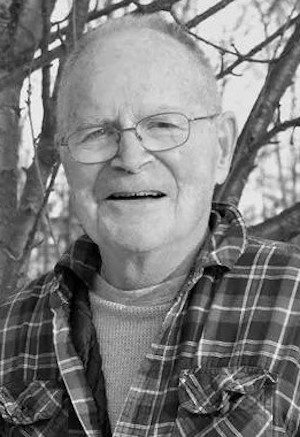 DEERING, NH:  Michael Margulies of Deering, NH passed away at Epsom Healthcare Center on Sunday, March 15, 2020.   Mike was born in Suffern, NY on May 6, 1940 to Max and Ruth (Brennan) Margulies. He was a graduate of Hillsboro-Deering Cooperative High School and New England College, where he was a member of the SAB fraternity. He also attended Suffern High School, where he played football and wrestled, Dean Junior College and Keene State College.

His teaching career began in a combined 7th and 8th grade classroom in Bennington for two years and then in Wilton for 35 years, where he taught 5th and 6th grade until his retirement in 2002.  Mike was active in the lives of many area children coaching girls’ softball, teaching model rocketry and target shooting. He was a Hunter’s Safety instructor in in Hillsboro for 10 years.

For several years, he owned a sled dog kennel and raced teams around New England. He helped the Hillsboro area Jaycees sponsor a winter carnival in 1978. He also founded the Hillsboro baseball colt league, winning him the Jaycees project of the year in 1976-1977.

Mike was employed by many local restaurants during the summers as a short order cook and for several years also cooked the monthly dinners for the Hillsboro Masons.

He was an active member of the Hillsboro Area Jaycees, Harmony Lodges #38 F+AM, Peterborough Sportsman’s Club, and Pinnacle Mountain Sportsman’s Club. He served in the Army National Guard during the Vietnam Era.

Mike loved music! In his youth, he played in the Hillsboro town band and continued playing in local bands such as Walt Heath and the Pinetones and Dwight Gould’s Second Time Around.

Mike’s greatest joy and proudest accomplishment was the family he leaves behind, his wife of 53 years, Elizabeth, whom he always joked about meeting on a blind date and marrying 3 months later on June 10, 1967; his daughter, Maureen, grandsons Joshua and Adam, and his great-granddaughter, Evelyn. He is also survived by his sister, Frances (Kitty) Davis of NC, nieces, nephews and cousins. He was predeceased by his sister Elisabeth (Betsy) Olson whom he loved dearly.

Since he was an avid bird hunter, his ashes and the ashes of his favorite bird dog, Bezos will be spread on one of their favorite hunting spots.

A Masonic Service will be held June 6th at 2:00 pm at the Masonic Temple on Gay Avenue in Hillsboro immediately followed by a reception.

Memorial donations may be made to the Deering Fish and Game Club, PO Box 694, Hillsboro, NH 03244, with youth conservation camp noted in the memo field.