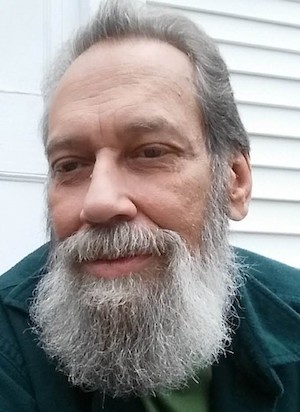 WARNER, NH:  Richard Senor, 69, of Warner, NH, died on January 22, 2021, at his home where his family took care of him with the assistance of the Concord VNA/Hospice. Nearly fourteen years ago, Richard received the incredible gift of a new kidney which served him well until it began to fail following medical procedures to treat lung cancer. Every day since the transplant Richard was grateful to the staff of Dartmouth Hitchcock Medical Center and the anonymous donor.

Richard was born in New York City, the son of Henry and Lillian (Kahan) Senor. He studied special education at Bronx Community College and City College of NY. After teaching in NYC for several years he moved to New Hampshire and worked as a photography teacher, a substitute teacher and a landlord. In 1984, he married his wife of 36 years, Kendra West-Senor, and in 1987 they moved from Concord to Warner where they raised their sons and became involved in the community in many capacities.

Richard started, published/edited and wrote for Warner’s Newspaper for approximately 12 years, a labor of love which he shared with town residents every month. He was a Cub Scout leader for several years, served on Town committees and volunteered at the Warner Fall Foliage Festival as well as other endeavors. He enjoyed many hobbies, including woodworking, photography, caring for Molly his beloved Mastiff, following politics and leather working.

Richard was predeceased by his parents, parents-in-law (Orrin & Merna West) and his brother and sister-in-law (Whitman and Cheryl West). He is survived by his wife, Kendra, two sons, Dustin Senor and his wife Samantha Chickering, and Derek Senor, all of Concord, his brother and sister-in-law, Bruce and Carol Senor of Los Angeles, as well as nieces, nephews, cousins and numerous friends.

The family hopes to have a Memorial Service in the future, and thanks the Concord Regional VNA for their caring assistance during Richard’s last days.