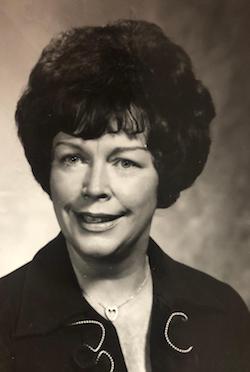 She was born in Lawrence, MA, May 16, 1936, daughter of Jeremiah J. Mullins and Beatrice (Hartley) Mullins.

Carol was a graduate of Lawrence High School, Burroughs Business School in Boston, MA, and the Lee Institute of Real Estate.  She was a licensed real estate broker in both New Hampshire and Massachusetts. She was formerly an Executive Secretary to the Comptroller of Raytheon. in Andover, MA, owner of Emerald Realty Inc, and owner of Pleasant Lake Mobile Park in Warner.

An Air Force veteran, she enlisted on May 17, 1954 during the Korean War and was awarded the National Defense Service Medal and the American Spirit of Honor Medal. Mrs. Hebert was a member of the American Legion, Post 0081.

She was predeceased by her son, Martin James Moss, in April 2000 and her granddaughter, Lauren Jessie Moss, in 2016.

There are no calling hours and no service.  A private burial will be held at the N. State Veterans Cemetery in Boscawen.

Holt-Woodbury Funeral Home & Cremation Service is in charge of arrangements.