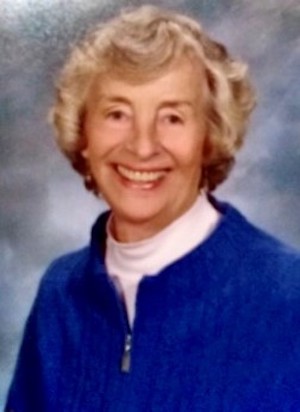 She was born in Sharon, Massachusetts to Frank and Jeanette Chase on July 24, 1927. Jeanne graduated from Sharon Massachusetts High School and attended Dean Junior College where she majored in the Culinary Arts Program. She married Philip M. Whitney and they lived in Sharon, Massachusetts where they owned and operated EH Andrews Oil and Coal Company. In 1957 they moved to Hillsborough, NH where they purchased the 1830 House Motel, which the operated for 31 years. She sold the motel after the death of her husband in 1984.

Jeanne married Don Knapton in 1987. They enjoyed many years of travel and wintering in Barbados and Florida, before his death in 2005. Together they established the Tooky Mills Pub in Hillsborough, NH.  Jeanne was a very active member of the Smith Memorial Congregational church serving on many committees. She was a very talented artist and many families along the entire east coast enjoy her paintings in their homes.

She leaves behind her three children, Stephen and Anne Whitney of Hillsborough, NH, Glenn and Regi Whitney of Loudon, NH and Joan and Tom Boyd of Rhode Island, her sister, Pauline Roos of New London, NH and five stepchildren, Don and Gretchen Knapton, Lori Guyette, Terry and Shelly Cutter, David Knapton and Tyler Roy, and 13 grandchildren, 16 great-grandchildren and 1 great-great-grandchild.

She was predeceased by her siblings Dick Chase and Virginia Earle.

There will be a private, family service. A celebration of her life will be held at a later date.

In lieu of flowers, donations may be made to the Smith Memorial Congregational church in Hillsborough, NH.