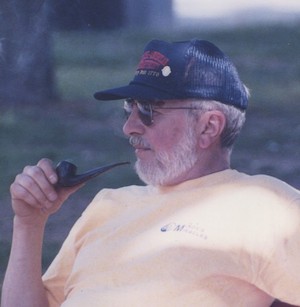 He was born in Tarentum, Pennsylvania on January 4, 1935, the son of the late Ira Clark and Iva (Taylor) Clark.

Bill graduated from Riviera College and served in the US Air Force and Air Force Reserve. Bill worked for the Federal Aviation Administration for 30 years as an Air Traffic Controller. He started at Logan International Airport in Boston, then opened the Nashua Enroute Control Center and implemented Manchester Approach Control in NH. After retirement, Bill worked at Keene Airport.

Bill was an avid skier and a member of the National Ski Patrol, achieved the position of Regional Director for NH NSP and attained his National #5928.  He enjoyed hiking, golf, archery and especially his pipe.  Bill volunteered for Special Olympics for 20 plus years at local and international Games.  Bill was a member of the NH Scot and American Legion.  He was an active member of the New Hampshire Highland Games at Loon Mountain.

In lieu of flowers donations in William T. Clark name can be made to: NE Scottish Arts Center, 27 Cricket Lane, Concord, NH 03301.