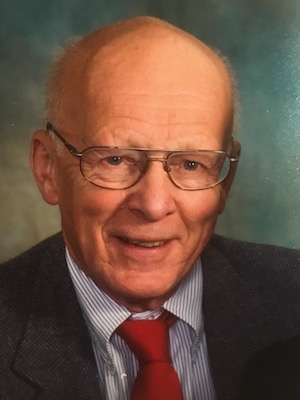 BOW, NH: Thomas McKay Francis (83), married to Barbara G. Francis for 58 years, and son of the late Horace B. and Helen McKay Francis, passed away suddenly on September 11, 2018 at their camp on Lake Massasecum, Bradford, NH.

Born on May 17, 1935 in Hartford, CT, he was the oldest of six children who grew up in Wethersfield, CT where he graduated high school in 1953. He delivered the Hartford Courant in his youth and worked at a gas station to support his love of cars. He received a degree in mechanical engineering from State Technical Institute (Hartford, CT), and was hired by the Torrington Company in Torrington, CT in 1955 where he worked for 45 years. He was Engineering Leader for the 2-Cycle Engines Group for more than two decades. The culmination of his career was his assignment as Engineering Manager for Japanese Transplants to Tokyo, Japan where he succeeded in gaining a foothold for the Torrington Company in the Japanese auto market that continues to this day. He was co-inventor on multiple Torrington Company patents.

He and Barbara made their home in Litchfield, CT for fifty years, then moved to New Hampshire in 2012 to be closer to their camp. Tom was a lifelong model airplane enthusiast and a member of several radio control (RC) flying clubs in Connecticut where he met his closest friends. He was a volunteer and member of the New England Air Museum, a member of the Academy of Model Aeronautics, Sons of the American Revolution, and recently the Bow Men’s Club, the Concord Aeroguidance Society, and Concord Skyhawks RC clubs. He also worked with the Massasecum Lake Host Program.

He was a car enthusiast beginning in the late 50's when he crewed for Harry Carter's racing team at Lime Rock Park and Bridgehampton Motor Speed Way in their first years. For many years he rode motorcycles and was a member of the New England Trail Rider’s Association. He also enjoyed ice and deep-sea fishing with friends, and learned, then taught his sons, to make maple syrup. For the last 15 years he enjoyed NASCAR races at Watkins Glen and the New Hampshire Motor Speedway.

Tom is survived by his wife, Barbara Francis (Gaudes), three sons and their families; Edward Francis and wife Robin Kraft of Portsmouth, VA, William and Jennifer Francis of Milwaukee, WI, and Andrew Francis, wife Naan Pocen-Francis and granddaughter Siobhan Pocen-Nano of Gaithersburg, MD. He also leaves five siblings and their families, Charles I. Francis of Becket, MA, John W. Francis of North Haven, CT, Carolyn F. Dawkins of Avon, CT, George W. Francis of South Hadley, MA, and James E. Francis of Coventry, CT, as well as many nieces and nephews. Tom was the Chief of the McKay clan descended from Angus McKay of Aberdeen, Scotland, his maternal great-great-grandfather. He was predeceased by his eldest son, Robert McKay Francis.

The family will hold a memorial gathering at the New Pond Cemetery in the summer of 2019.