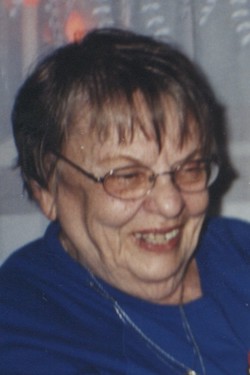 Theresa was born in Rumford, Maine on August 27,1929 to the late Benjamin and Simonene (Lacroix) Doucette. She was also predeceased by a son, Daniel Young, two daughters, Susan and Linda Pitcher, and a sister Doris Pitcher.

Burial will be in the Spring in St. Mary’s Cemetery.