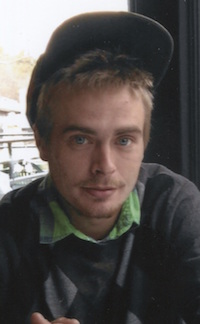 Scotty was born on August 7, 1992 in Peterborough NH to John Dunlap and Wendy (Borges) Dunlap. He graduated from ConVal Regional High School in 2010. While following in his father’s footsteps, he went on to pursue his interest in carpentry. John was patient and taught him many tricks of the trade, sometimes more than once. The past few years were spent learning many of his skills working under the wings of Douglas Canfield. Scott was always very proud of what he could build. 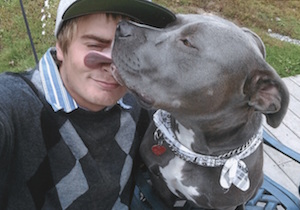 While Scott’s dreams of becoming Scottie Pippen never did quite come true, he had fishing, snowboarding, skateboarding, and four wheeling among many other hobbies to fall back on. He was known to walk in a room, crack a joke, and fill the room with his contagious laughter and smiles. He was an avid fisherman, you could always find him out on the waters, usually with a bass on his thumb. When the fish weren't calling his name, or it was simply too hot to be sitting in a canoe you could find him back flipping off the nearest bridge or rope swing. That always refreshed the wild side in him. In his spare time, when the weather was just right, he was usually spotted at the local skate park, trying out his latest trick that just had to be recorded, even if it was a fail. In the winter months he could be found at the mountain on his snowboard, never turning down a jump, rail or box. You dared him, he did it. Fear was not in his vocabulary. He had the broken bones and injuries to prove it. In the evenings if you needed him, the back deck was where he was usually found. He spent a lot of time hanging out back, grilling, playing horseshoes or simply relaxing with his beloved dogs, Bowser and Rueger. He loved eating, especially his Mom’s cookies. However, cupcakes and Cyrus will always be a story to tell. With endless childhood memories, crazy stunts, tough love and a unique brotherly bond he and his brother instilled in one another to always live a life of spontaneity and adventure. Scotty left us with memories of tricks his brother taught him, meals his mother made him and skills his father gave him. These memories will be loved and cherished forever.

Family and friends are invited to call on the family, Tuesday, March 21, 2017 at the Holt-Woodbury Funeral Home & Cremation Service in Hillsborough NH, from 2 to 4 pm, funeral service to immediately follow. Reverend Charles Boucher will officiate.  After the service there will be a reception at the Hillsboro, Moose Lodge.