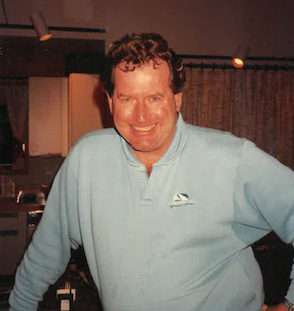 HENNIKER, NH:  James Joseph “Captain Jim” Rafferty, 73, of Henniker, NH, passed away in his home on August 21st after a period of declining health.  He was born in Providence, RI, on February 12, 1944 to James J. Rafferty and Eva A. (Lachapelle) Rafferty.  He was a graduate of both Hope High School and the steamfitter’s apprenticeship school in Providence, RI.

After completing his construction career with Stone & Webster Engineering in the 1990s, Jim left the construction field and started Rafferty Property Management.  During this period, Jim also obtained his captain’s license, operating and living on his boat, The Porpoise, initially in Rhode Island and later in Florida.

In 2007, Jim returned to NH to retire near his family.  He was proud of the accomplishments of his children and especially his two grandchildren.  During his retirement, he found joy in cooking for others and sharing humorous stories of his life with all those he came in contact with.  While in Henniker, he was lucky enough to surround himself with a group of friends that were very dear to him.

He is survived by a daughter, Karen Bonewald and her husband Chris of New London, NH; a son, James Fox, and his wife Catherine Costanzo of Hooksett, NH; grandchildren, Geoffrey and Stephanie Bonewald; his ex-wife, Irene Rafferty of New London, NH; a sister Nancy Menegaz of Charlestown, RI; his nephews Glenn & Gregory Menegaz and his niece Michelle Menegaz.

Private services, in a celebration of Jim’s life will be held later this fall.