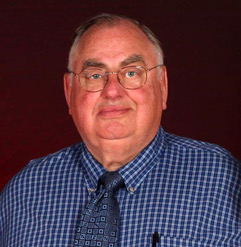 David started his teaching career at the age of 19 in Pembroke, Ontario. University studies were pursued at University of Western Ontario, University of Detroit, McGill University and St Michael’s College. He was a lecturer at Concordia University in Montreal. He was very proud of his years at Bishop Whelan and Lower Canada College in Montreal and Hopkinton High School, where he retired in 2000. Throughout his 43-year teaching career, David was known as an innovative and inspiring classroom teacher. He was an early adopter of computers, which he integrated into his classroom. As a department head, his leadership and mentorship were appreciated by his colleagues.

Lifelong learning and professional development were passions for David. Since 1964, he was very active in the National Council of Teachers of Mathematics as a presider and speaker at state, regional and national conferences in Canada and the US. The New Hampshire Mathematics Teachers Association benefited from his roles as President, Historian and Newsletter Editor.  He was the coordinator and contest composer of the NH high school math competition leagues.

David was a sports enthusiast. Throughout his career, he coached many high school teams. He was particularly devoted to coaching basketball at Bishop Whelan, Lower Canada College, Concordia University (assistant coach) and Hopkinton High. In Montreal, he was an active basketball referee and assigner. In Contoocook, he enjoyed playing hockey and golf and was a fan of the Red Sox, Montreal Canadians and New England Patriots. His hobbies included poker, crosswords, mathematics and jigsaw puzzles.

David and Barbara hosted great parties. Family and friends remember the brunches, pool parties and BBQs. As a foodie, David enjoyed a good restaurant and was a great cook/chef in his own right. David’s generosity, joie de vivre and loyal friendship will be dearly remembered.

In lieu of flowers, donations can be made in David’s memory to the charity of your choice.